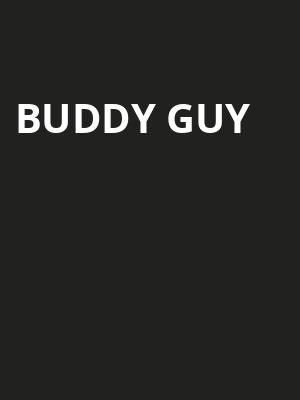 One of the inspirations for Jimi Hendrix, Eric Clapton and Jimmy Page, the American blues guitarist is considered to be one of the greatest axemen of all time...

One of the musical inspirations for guitar legends like Jimi Hendrix, the Rolling Stones and Jimmy Page, this American blues guitarist is considered to be one of the greatest axemen of all time. Buddy Guy is a Rock and Roll Hall of Fame inductee, six-time Grammy winner, and, as if that isn't enough, Eric Clapton once called him "without a doubt the best guitar player alive". Enough said.

Born in Louisiana, Buddy Guy started his career as a session artist working for a music label where he recorded songs with the amusing pseudonym 'Friendly Chap'. His discography includes several Grammy winning albums, with 1991's "Damn Right, I've Got the Blues" helping cement his standing as a guitar and blues maestro.

Sound good to you? Share this page on social media and let your friends know about Buddy Guy at Union Bank and Trust Pavilion.