Sorry! You missed Guys and Dolls at Wells Theatre 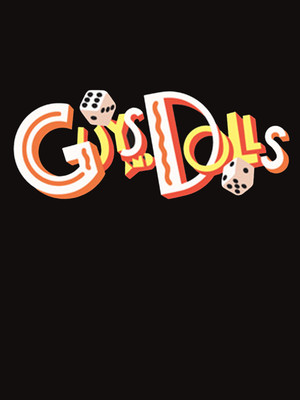 The show that defines Broadway Dazzle!

Why See Guys and Dolls?

Sit down for Guys and Dolls

It's time to roll those dice and beat the dice as the beloved musical takes a bow! A screwball romantic comedy, Guys and Dolls takes us into the heart of 1920s New York, as imagined by Damon Runyon and scored by Frank Loesser and includes toe-tapping musical theatre classics including 'Sit Down, You're Rockin' The Boat' and 'Luck Be a Lady'.

What is the story?

The story brings together a collection of colorful characters in Depression-era New York. First, there's Sarah Brown, the upright but uptight 'mission doll' out to reform the evil-doers of Time Square. Next up is Sky Masterson, the slick, high-rolling gambler who woos her on a bet and ends up falling in love. Adelaide is a chronically ill nightclub performer whose condition is brought on by the fact she's been engaged to the same man for fourteen long years. And last but not least there's her devoted fiance Nathan Detroit, desperate as ever to find a spot for his world-renowned floating crap game!

They all come together in one heck of a thrill-ride through gangster-era New York, that can leave hearts aflame, or broken on the ground!

My husband and I attended opening night of Guys & Dolls and loved it! The... more

Sound good to you? Share this page on social media and let your friends know about Guys and Dolls at Wells Theatre.